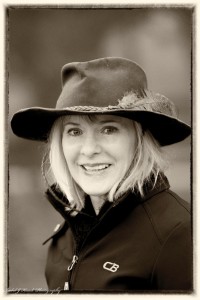 Today I’m pleased to welcome a talented guest author to the Sharon St. George website. As a horse lover and a mystery writer, I’ve read everything written by the beloved Dick Francis, as have his scores of loyal followers. Although he is no longer with us, we are fortunate to have talented authors like Sasscer Hill following in his footsteps. Sasscer is the author of the multiple-award-nominated Nikki Latrelle mystery series, as well as author of the “Fia McKee” series forthcoming from St. Martins, Minotaur. The first book in the Fia McKee series won the 2015 Carrie McCray award for Best First Chapter of a Novel, and was the 2015 Claymore Runner Up. Her novella, RACING FROM EVIL, the prequel to her Nikki Latrelle mystery series, was released in May of 2016.

It is my pleasure to welcome my guest, Sasscer Hill, to the Sharon St. George website to provide insights into a topic she knows well:

As a wild-eyed teenager, there was one quote that touched my soul.

“We shall not cease from exploration. And the end of all our exploring will be to arrive where we started. And know the place for the first time.” – T. S. Eliot- 1955

Eliot’s words describe so many of life’s adventures, and for me, none so much as my journey as the writer of the Nikki Latrelle series. When I started this series, though I could write, I knew nothing about being an author, and nothing about writing a mystery or suspense novel. So I read several how to books and took some mystery writing courses at the Bethesda Writer’s Center in Maryland.

Following the suggestions of my instructor and various gurus in the how-to books, I wrote a whole backstory for Nikki. The idea was to learn who Nikki was, and what made her that way before I started writing FULL MORTALITY.  It was a huge effort, but it paid off. FULL MORTALITY was nominated for an Agatha and a Macavity for best first novel.

Over the next few years, I wrote two more Nikki Latrelle books, before finally being forced to abandon her. I was searching for a big five publishing contract and my agent and everyone else in the industry said I had to write a new series if I hoped to accomplish this. So I did. My new heroine, Fia McKee, landed me a two book deal with St. Martins, a thrilling and heady moment, for sure.

But then reality set in as I saw the huge gap between the last Nikki Latrelle, published in 2013, and the not-available-until 2017, FLAMINGO ROAD. I’d planned to immediately start a third in the Fia McKee series. But I woke up one morning and realized if the first two books in this new series don’t sell well, St. Martins will drop me like a hot potato.

I was aware that some publishers are asking their authors to write novellas and short stories to keep themselves in the public eye during the intervals between their full length novels. I decided it was time to produce another Nikki Latrelle. And so, after the long journey of writing five books, I returned to my notes about Nikki Latrelle’s early years. Like the Eliot quote, I came back to where I’d started and knew the place for the first time.

So what if it was backstory? This tale of Nikki’s early years was both poignant and loaded with reader satisfaction.  Imagine a fatherless thirteen-year-old girl whose mother dies suddenly. In a sense, this mother has abandoned her daughter, leaving her in the hands of a lewd, malevolent stepfather. What happens to this girl after she flees from her stepfather through the streets of Baltimore and climbs the razor-wire fence into Pimlico Racetrack? Nikki’s drawn to horses, knows how to ride, and dreams of being a jockey. But how can a runaway with no ID, no family, and no income survive?

The fact that she does survive and succeed makes, in my opinion, a great story. So I recently wrote and self-published the Nikki Latrelle novella, RACING FROM EVIL. The novella has sold well and I’m very glad I wrote it. But now we come to the next phase of my writer’s journey.

In my heart I believe the St. Martins/Fia McKee series will sell well. After all, the unpublished series has already won the Carrie McCray (South Carolina Writers) Award for Best First Chapter of a Novel, and been nominated for a Claymore Award.

I wanted the next Fia McKee to take place at Santa Anita Park in California, and even took a trip out to the track, touring it and the Hollywood area nearby. I wanted a murder mystery set at this well-known track surrounded by the glitz and deceit of Hollywood. But still, suppose the first two don’t do well? What good will this idea be then? If I want to sell to another big five publisher, any book I write has to be something new, which means yet another series and a new set of characters.

Since I can’t afford not to hedge my bets, I’ve already started a new book–a murder mystery about the Irish Travelers here in America. By happy coincidence, the largest enclave of these people is Murphy Village, not more than forty minutes from my home in Aiken, South Carolina.

Travelers have a fascinating culture. The children are taken out of school by eighth grade, if not before, and the girls are married by contract and usually as young teens. Travelers stick to themselves and have little dealings with outsiders. Society believes the Travelers are scam and con artists. What would it be like for a girl who grows up in this atmosphere? What if she wants out? Where would she go? What would happen to her?

And so, another story evolves, and another exploration begins. Only time will tell which way I travel, but at least I’ll be as prepared as possible for whatever happens next.

About RACING FROM EVIL 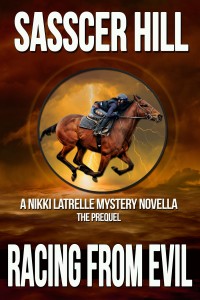 Nikki Latrelle’s mother dies suddenly, leaving the thirteen-year-old girl in the hands of her lewd, malevolent stepfather. Nikki has no other family, and when the stepfather forces his way into her bedroom, she flees. Her best times were spent with her mom at the racetrack, so this is where she runs, climbing the track’s razor-wire fence late at night, in Baltimore. Nikki’s drawn to horses, knows how to ride, and dreams of being a jockey. But how can a runaway with no ID, no family, and no income survive? She needs money, but must hide from the police and her stepfather who relentlessly search for her. As these men close in, a groom named Carlos helps her escape. Carlos has problems of his own, but through him, she meets the old horse-trainer Ravinsky.  Will the old horseman take her under his wing? Risk his status and reputation to help her? And what evil has befallen Carlos’s young son, Pedro? The boy is missing, and Nikki senses evil forces are at work. Because she knows too well how it feels to be alone and frightened, she risks her life to find Pedro.

“Could Sasscer Hill be the Dick Francis of her generation? Count me among those who would vote yes.”
Margaret Maron, New York Times Best Selling Author and Winner of Edgar Best Novel, Edgar Grand Master, Agatha, Anthony & Macavity Awards

FIVE STAR REVIEW. “RACING FROM EVIL, a fast paced exciting work of writing and proverbial ‘page turner’ of the best mystery style. Sasscer’s way with words makes the story unfold in a clear concise manner that’s believable, and accurate to details. I love her portrayal of the horses in the book. A horse lover’s delight, a mystery lover’s thrill. I would recommend this novella to all readers for it’s quick pace, as well as a look into some of the real life dangers of being a young girl.”
Bishop, Amazon Reviewer

When you anticipate a trip to the hospital, does your pulse quicken? Does your blood pressure rise? Does your throat go dry with dread? Then you’re probably hospital-phobic. 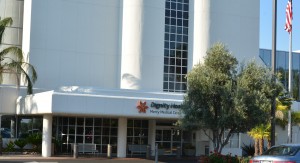 When I set out to write this post, I did an online search of the term hospital phobia and found 480,000 results. I knew the phobia was real, but I didn’t know it had a name. The medical term for this condition is a mouthful. It’s called nosocomephobia.

What is it that strikes fear in the heart? What causes that panicky sensation? If you’re about to be admitted as a patient, it may be the latest headline about deaths caused by medical errors. If you’re a visitor, it may be something as simple as the thought of all those nasty germs floating around. Ick!

Even worse, you just watched a TV show about a crazed shooter running amok in the corridors of a hospital.

So what are you to do? If you’re a potential patient, you need to be admitted. Your appendix is about to burst, and it isn’t going to heal itself. Or perhaps your loved-one is in the hospital, needing you there by his or her side. You have little choice but to face your fear and go into that terrifying place filled with germs and other potential threats.

Let me try to reassure you. I worked in an acute care hospital for seven years. My administrative position sent me to every floor and every department in the hospital complex. The worst danger I faced in all of that time was . . .

Actually, I’m having trouble thinking of even one example, but I can think of endless examples of how hospital administration and staff are involved in keeping patients and visitors safe. 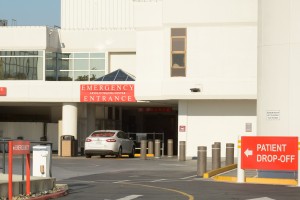 The welfare of patients involves a complex system of safety protocols designed to cover not just the care provided by physicians and nurses, but by every department and hospital worker. These include: emergency, pharmacy, radiology, pathology, dietary, infection control, and many more. Safety protocols are in place for every aspect of patient care.

But what about the safety of visitors? How are they being protected? From fire? From shooters? From other disasters? Fire and disaster drills are conducted regularly. Each department knows its procedures and assigned duties, and stands ready to assist. Hospital security protocols are in place, and personnel are constantly on alert for the very rare occasion when a patient or visitor becomes unruly or dangerous. As an added protection, more and more hospitals are requiring visitors to show photo ID and wear a visitor’s badge during their visit.

If you’re hospital-phobic, don’t give up or give in. There are treatments that can help. You can find a wealth of helpful information by doing a search using the key words hospital phobia.

Here is just one of the 480,000 links I found for information about this condition.

In BREACH OF ETHICS, the third book in the AIMEE MACHADO MYSTERY series, the issue of patient and visitor safety is on the mind of Timbergate Medical Center Administrator Jared Quinn. His concern for the wellbeing of patients and visitors results in a locked room murder mystery for Aimee and her team of amateur sleuths to solve.

The first three books in the AIMEE MACHADO MYSTERY series, published by Camel Press, are available in print and eBook formats from Amazon and Barnes and Noble, or by request from your local bookstore.